HERHCA
A popular Onam song and the ten (sic) days of celebration:
" When Mahabali ruled the land,
All people were equal.
And people were joyful and merry;
They were all free from harm.
There was neither anxiety nor sickness,
Deaths of children were unheard of,
There were no lies,
There was neither theft nor deceit,
And no one was false in speech either.
Measures and weights were right;
No one cheated or wronged his neighbor.
When Mahabali ruled the land,
All people formed one casteless race"


Ten Days of Celebration
The celebrations of Onam start on Atham day, 10 days before Thiruvonam. The 10 days are part of the traditional Onam celebrations and each day has its own importance in various rituals and traditions. 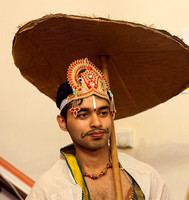 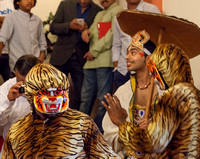