Home»All Photographs»Garbha and Dandiya ras at HERHCA - dances depicting the divine cycle of time & the battle of good vs. evil private

HERHCA . Gharba and Dandiya Ras are Gujarati dances dedicated to Maa Durga and Shri Krishna; During Navratri they are performed respectively before and after the aarti (offering) to Maa Durga.

Garbha derives from the Sanskrit for womb; thus it implies gestation or life. Traditionally, the dance is performed around a clay lantern with a light inside, the Garbha Deep, representing life and the fetus in the womb. Dancers thus honour goddess Durga. Garbha is performed in a circle symbolic of the Hindu view of cyclical time, from birth, to life, to death and again to rebirth. The only constant is Goddess Durga, unmoving in the midst of infinite Jagat (universal) movement. The Garbha Deep has another symbolism within Hindu Advaita, non-dualist philosophy: the vessel represents the body, within whom divinity resides. Garbha is danced around this symbol to honour the fact that all humans have the Divine energy of Devi Durga within them.

Dandiya Ras, the playful dance originated in Vrindavan by Lord Krishna, where it is performed depicting scenes of Holi, and lila (story) of Krishna and his consort Radha and during Navratri. Men and women dance in two circles, with Dandiya (sticks) in each hand. In a four beat rhythm, opposite sides hit the sticks at the same time. One circle goes clockwise and another counter clockwise. The dance is an allegory of the battle between good (Goddess Durga) and Mahishasura, the mighty demon-king. 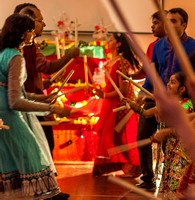 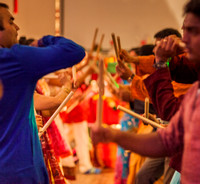 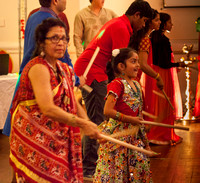 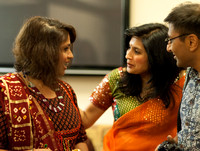 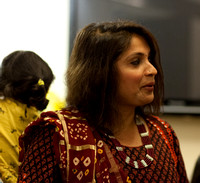 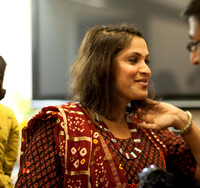 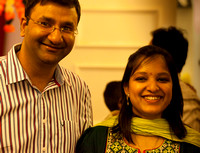