and at the same time being fused in each other

Tung-shan Liang-chieh (Tõzan Ryõkai,  “Cave Mountain Good Servant” ;  807-869) is the founder of the Ts'ao-tung (Sõtõ) School of Zen Buddhism. He was a contemporary of Lin-chi I-hsüan (Rinzai Gigen, d.866 臨済義玄). Tung-shan's poem, which was composed when he saw his reflection in the stream which he was crossing at the time, may give us some glimpse into his inner experience of the Prajñâpâramitâ:

Beware of seeking [the Truth]  by others,

Further and further he retreats from you;

Alone I go now all by myself,

And I meet  him everywhere I turn.

He is no other than myself,

And yet I am not he.

I am face to face with  Tathatâ."

Long seeking it through others,

I was far from reaching it.

Now I go by myself;

I meet it everywhere.

It is just I myself,

And I am not itself.

Do not seek from another,

Or you will be estranged from self.

Finding I meet It everywhere.

One should  understand in this way

To merge with suchness  as is.

Don't seek from others,

Or you'll be estranged from yourself.

I now go on alone—

Everywhere I encounter It.

One must understand in this way

To merge with being as is. 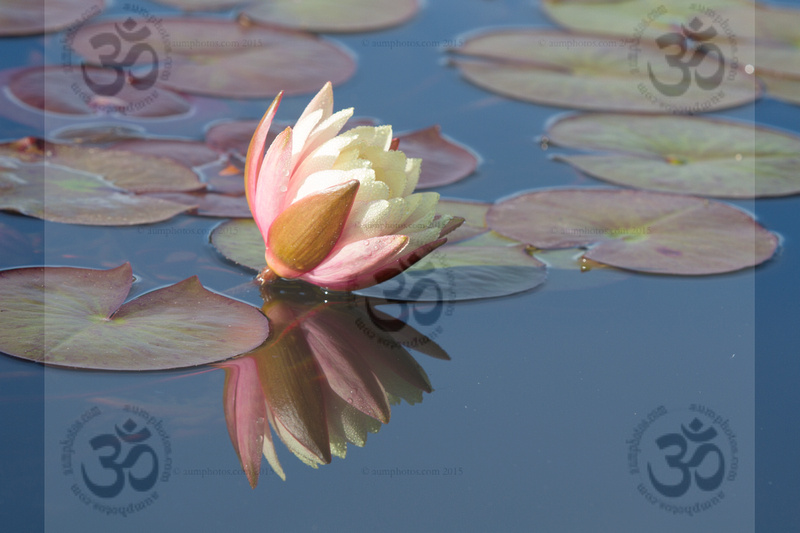 Lotus of the heart

While scholars of the Avatamsaka School were making use of the intuitions of Zen in their own way, the Zen masters were drawn towards the philosophy of Indentity and Interpenetration advocated by the Avatamsaka, and attempted to incorporate it into their own discourses.

For instance, Shih-t'ou in his 'Ode on Identity'  depicts the mutuality of Light and Dark as restricting each other and at the same time being fused in each other ; Tung-shan in his metrical composition called 'Sacred Mirror Samadhi' discourses on the mutuality of P'ien, 'one-sided', and Chêng1, 'correct', much to the same effect as Shih-t'ou in his Ode, for both Shih-t'ou and Tung-shan belong to the school of Hsing-szu known as the Ts'ao-tung11 branch of Zen Buddhism. This idea of Mutuality and Indentity is no doubt derived from Avatamsaka philosophy, so ably formulated by Fa-tsang. I have illustrated the mutuality beow in this Chiaroscuro portrait with accompanying silhouette of a singer. 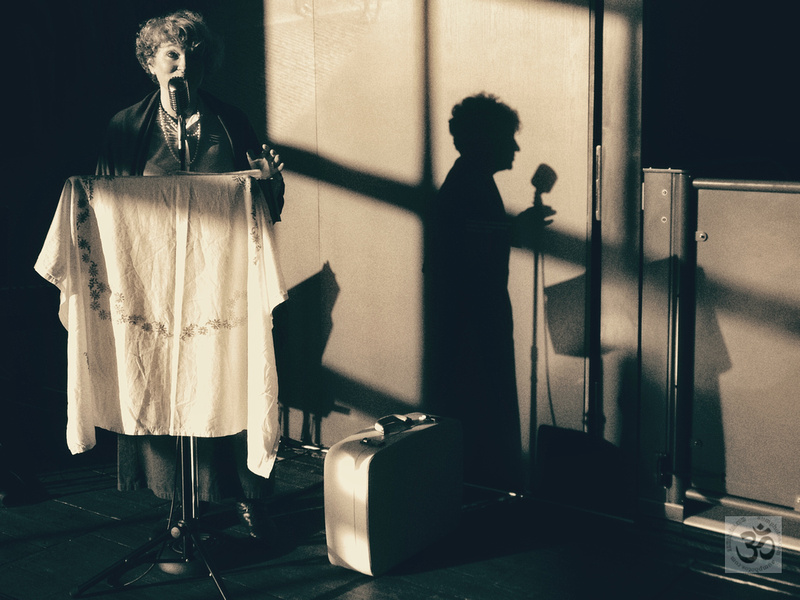 Chiarascuro - Mutuality of Light and shade

The Song of the Jewel Mirror Samadhi consists of 94 lines of 4 characters each (376 characters total) (arranged into 47 couplets here). It is a song in which the end of each couplet rhymes with all the others. The jewel is one's true entity; the mirror, the objective spheres reflecting the parts of one's own life. The samadhi is the unity, the Buddha's wisdom that Guatama himself proclaimed at the moment of his enlightenment: "How miraculously wondrous! All beings have the Tathagata's wisdom and virtue." The intimacy is simply realizing that your true nature and the phenomenal world are meeting right here, now, as your life. (from the preface to Two Arrows Meeting Mid-Air: The Zen Koan) . I have endeavoured to depict the Jewel and the path to the jewel as a mirrored golden spiral staircase: 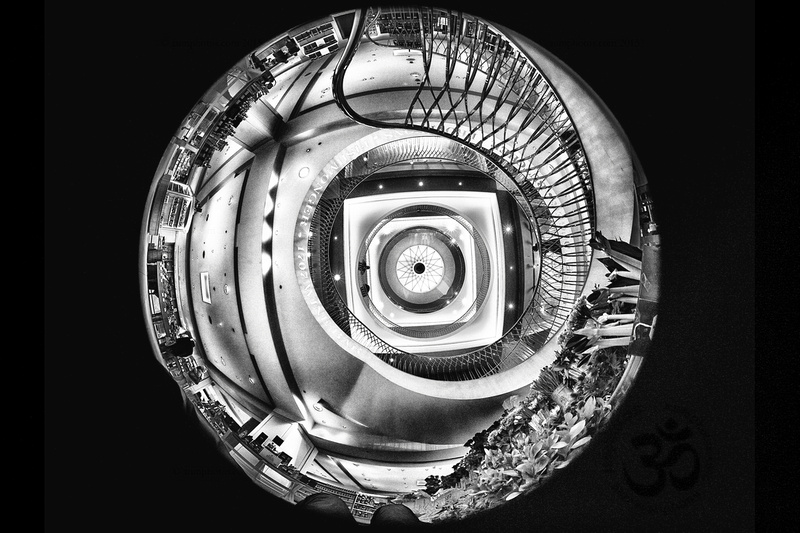 Finally, here is the song of the jeweled mirror samadhi  in it's entirety. both in English and Chinese. In a future article, I will discuss at length the artistic and geometric symmetries within the Chinese characters, demonstrating the supreme skills of the poet. This connection between poetry and art was taken to a high level by the chinese who would juxtapose calligraphy and the relevant image. Ultimately, Shu Shi would call writing, imageless poems.

如是之法 佛祖密附   The teaching of suchness, is given directly, through all buddha ancestors,

銀碗盛雪 明月藏鷺   A serving of snow in a silver bowl, or herons concealed in the glare of the moon

意不在言 來機亦赴   Meaning cannot rest in words, it adapts itself to that which arises.

動成窠臼 差落顧佇   Tremble and you're lost in a trap, miss and there's always regrets.

背觸共非 如大火聚   Neither reject nor cling to words, both are wrong; like a ball of fire,

夜半正明 天曉不露   At midnight truly it's most bright, by daylight it cannot still be seen.

爲物作則 用抜諸苦   It is the principle that regulates all, relieving every suffering.

雖非有爲 不是無語   Though it doesn't act it is not without words.

如臨寶鏡 形影相覩    In the most precious mirror form meets reflection:

不去不來 不起不住   Neither going or coming, nor arising or staying,

如茎草味 如金剛杵   Like the five flavors of the hyssop plant or the five branches of the diamond scepter,

通宗通途 挾帯挾路   Penetrate the root and you fathom the branches, grasping connections, one then finds the road.

錯然則吉 不可犯忤   To be wrong is auspicious, there's no contradiction.

天眞而妙 不屬迷悟   Naturally pure and profoundly subtle, it touches neither delusion nor awakening,

因縁時節 寂然昭著   At each time and condition it quietly shines.

細入無間 大絶方所   So fine it penetrates no space at all, so large its bounds can never be measured.

毫忽之差 不應律呂   But if you're off by a hair's breadth all harmony's lost in discord.

今有頓漸 縁立宗趣   Now there are sudden and gradual schools with principles, approaches so standards arise.

顛倒想滅 肯心自許   When inverted thinking falls away they realize mind without even trying.

要合古轍 請觀前古   If  you want to follow the ancient path then consider the ancients:

如虎之缺 如馬之馵     Like a tiger leaving a trace of the prey, like a horse missing the left hind shoe,

以有下劣 寶几珍御   For those whose ability  is under the mark, a jeweled footrest and brocaded robe.

以有驚異 狸奴白牯     For others who still can manifest wonder there's a house cat and cow.

箭鋒相値 巧力何預   These skills are small to compare with that in which two arrow points meet head on in mid air.

木人方歌 石女起舞   The wooden man breaks into song, a stone maiden leaps up to dance,

非情識到 寧容思慮   They can't be known by mere thought or feelings, so how can they be analyzed?

臣奉於君 子順於父   The minister still serves his lord, the child obeys his parent.

不順不孝 不奉非輔   Not obeying is unfilial, not serving is a useless waste.

只能相續 名主中主   If you can only persist in this way, you will see the lord within the lord.