Fifteen members attended the RPS NE contemporary group on the 21st May in York, convened by Patricia Ruddle ARPS, who had received a further five apologies for absence; members had travelled from as far afield as Derby and Middlesborough. The meeting followed on from a well-attended and received RPS morning café session organised by Yorkshire Regional organiser Mary Crowther ARPS and Treasurer Bob Helliwell ARPS. Patricia reiterated her call for a successor to her as group convenor; this was to be the last meeting in York for the foreseeable future; Nigel Tooby FRPS has kindly agreed to host the next meeting on Saturday September 17th – further details will be circulated to the group.

David Edge from Derby, Yorkshire Region webmaster, discussed the RPS Contemporary Group webmaster, Sean Goodheart’s call for images for the RPS website ( email: http://www.rps.org/special-interest-groups/contemporary) and the preference for images that may be cropped to a letterbox 3:1 crop for display ; instructions are at http://www.rps.org/regions-and-chapters/regions/yorkshire/about/pictures-wanted. David also mentioned that plans were underway for a RPS Midlands contemporary subgroup.

Peter Bartlett LRPS presented three photobooks. “Empty Premises “ (2013) , published via the BLURB platform ( www.blurb.co.uk) shows empty shops and retail premises and captured a consequence of the recent economic recession. The front cover shows a photograph of a dilapidated building called Patricia’s hairdressers. Peter saw the building when visiting his mother, who lived nearby. The shop had been kept in the same condition by Patricia’s widower as a poignant memorial to her.

The second book, “Sixteen Facades Near Plunkett Road ” again shows retail premises, this time in Dandenong, a suburb of Melbourne, Australia with a high level of migrant settlement and consequent cultural diversity. Notably all the images were taken in a period of only 50 minutes. The third photobook was “ Main Street “ (2016; ISBN 978-1-36- 431763-8). Again showing buildings , this time in Gembrook, another suburb of Melbourne, where Bartlett’s sister-in-law and brother-in-law reside; the book is dedicated to “Hazel and Brian “.

These books books are reminiscent of and/or inspired by the work of Edward Ruscha IV ( 1937 - ), the American artist associated with Pop Art, who published “ Twentysix Gasoline stations “ (1963, National Excelsior Press); all the images are of stations on route 66 between Ruscha’s home in Culver City, California and his parents in Oklahoma.

Both Peter Bartlett’s and Edward Ruscha’s works are deadpan depictions of subjects that are not generally thought of as having aesthetic qualities ( unlike my photograph below of the Shambles in York, voted Britain's favourite street), mainly devoid of human presence, emphasizing the essential form of the structure and its placement within the built environment. I have endeavoured to do the same with the Istanbul image above. Many, including Ruscha, have attributed a spiritual subtext to his book by analogy to the fourteen stations of the Cross between Pilate’s condemnation of Christ to his crucifixion at Calvary. It is notable that Bartlett’s planned next works include a photobook of 26 facial expressions (as well as projects on covered vehicles and Port Arthur in Tasmania).

Peter Bartlett candidly expressed dissatisfaction of the sequence of photographs in Main Street. A discussion on sequencing of images then ensued examining the techniques of Paul Hill MBE and Brian Steptoe FRPS, who both teach on the subject. Variables including form, seasons, time, place and subject matter were covered. A future meeting on creation of a photobook was floated, building on Steptoe’s RPS video on the subject (http://www.rps.org/special-interest-groups/contemporary/blogs/2014/may/brian-steptoe-frps-talks-about-the-selection-criteria-for-photobooks ).

Celine’s charming and humorous images are in sharp contrast to those in the recent “ InVisible “ project of photographs of Indian Women by artist Ann-Christine Woehrl, funded by the German cultural foundation Stiftung Kulturwerk / VG Bild‐Kunst. These latter images show reconstructive surgery for (mainly female) burns victims, including acid attacks, who must confront more than just a changed face in the mirror and are often ostracised from their communities and families, and unable to continue working at their old jobs. http://www.ann-christine-woehrl.com/en/

Patricia commented that Lyn’s Catholic religious photography may be compared with that of Salvo Alibrio ARPS who captured Sicilian festivals in “ La Sicilia sacra “, published in the RPS journal Contemporary Photography (2013, vol 53) which she edited and in the National Geographic magazine. Similarly, I have captured the Hindu celebration of " Ganesh Visarjan " whereby the statue of Ganesh is held aloft :

Close inspection of Lyn’s second image of the hooded costaleros, shows him to be slightly blurred; a discussion on the subjective nature of composition and the pre-requisite necessity of sharp focus throughout an image required by RPS distinction panels ensued, with marked variances of opinion. Unsurprisingly, Cartier Bresson’s maxim “ Sharpness is a bourgeois concept” was quoted; It is said that the 96 year old Cartier Bresson had said this to Helmut Newton when he had taken a fuzzy portrait of Newton for Vanity Fair magazine in 2004.

Similarly, Nigel Tooby made reference to “ On Being a Photographer: a Practical Guide” by another Magnum Photographer, David Hurn and Bill Jay; this book gives advice on subject selection and creating a photo essay.

Mick Nolan explained his personal journey of artistic photography. It started with Landscape photography of the North York Moors emphasising ploughed ridge lines (a) which led to the production of composite photographs with photographs of ruffled cloth (b). Then by using coloured gels, photographs of chiffon led to images of a series of sinuous horizontal lines (c). Mick was somewhat concerned that he was going out on a limb; however these lines are reminiscent of the “ Lines of Time “ project of Ann Christopher RA who depicts her experience of the landscape around Albi in Southern France and of the ‘ ever changing effects of the climate and light on the landscape ‘ using coloured straight lines. http://www.annchristopher.co.uk/Ann-Christopher-News.html Mick then made a montage of this with a photograph of a tree to produce a proto landscape image (d).

Mick’s use of montages of photographs and art is reminiscent of the Arizona Avant-Garde work of Frederick Sommer (1905-1999) http://www.fredericksommer.org/ who made a unique contribution to 20th-century photography and whose work is exhibited in the Victoria and Albert Museum. Mentored by Alfred Sieglitz, Edward Weston and Max Ernst, Sommer situated his photography within a wider artistic practice that included poetry, drawing and painting, and engaging with the ideas and practice of surrealism, he pushed the boundaries of photography's subject matter. He moved from finding things to photograph to creating things for the camera using techniques such as frottage (rubbing), producing images sometimes devoid of perspective and almost Cubist in appearance, a method that has great resonance with contemporary photography.

After a break , three speakers then discussed various aspects of creating and curating a photographic exhibition.

David Edge presented two sets of images. The first work, ‘Spaces’ , examines the visual interaction of people and architectural spaces.The second project was “Abandoned Bulgarian Psychiatric Hospitals” (photographed in Great Malvern) has moved on to an individual psychological examination called “Waking up in an institution”. The title may refer to a marriage or an organisation, not just a hospital. David expressed nervousness at including the image below, and its emotional sequelae in a public exhibition.

David also shared five hard lessons he had learnt for a proposed solo exhibition featuring his ‘spaces’ and ‘waking up’ work plus some environmental portraits, which was subsequently abandoned.

Firstly, not all galleries show work behind glass, so photography may catch them out. Poor lighting from windows may destroy the finest work. David had decided to opt for borderless mounting on Foamex with relatively flat Hahnemule papers (matt or lustre) without glass. If glass is used , polarised anti-reflection glass is reasonably effective, but expensive.

Secondly, find out as early as possible the gallery’s policy on fixings. They may like mirror plates and not self-adhesive fixatives that they later have to remove. Split battens are an interesting option - see below.

Thirdly, paper selection was an interesting and rewarding part of the process; David had experimented with the full Hahnemule range including heavily textured fine art papers, printing a representative quarter of an A2 image on to A4. As part of this trial, David learned that there’s no white ink cartridge in a printer, so unlike an electronic display the ‘white’ reproduced on a print is governed by the paper used which may be warm, cool or in one case a rather malevolent cyan. He also recommended seeking advice from certified printmakers for advice choosing a paper.

Fourthly, despite having various prints to exhibit, it is important to reprint them to get a consistency of mood and tone on the wall. Further, with David’s vision of frameless, borderless prints ‘floating’ on a white wall any vignetting on prints may have to be eliminated or even reversed.

Finally, David explored potential layouts, understanding that layout altered the sequence viewed, perception and resultant thought patterns of the audience. The first was a traditional linear ‘railway carriage’ (top panel), the second and third a ‘cloud’ pattern with (middle panel) and without (lower panel) visible battens.

Avijit Datta discussed a recent exhibition in York of my images on spirituality on the twin themes of “colour and joy”. Images of white and Asian people joyously enjoying a festival of colour (Holi) together gave a positive image of multiculturalism to counter some recent negative parochial and possibly xenophobic media media messages. The A2 prints were displayed on a white wall at eye level in two rows of a ‘railway carriage‘ arrangement in wooden frames behind glass with no visible battens. These frames would be re-used for future exhibitions, reducing the standing cost of curating exhibitions. I discussed a planned future exhibition as part of the celebrations in Hull for the City of Culture celebrations official “Roots and Routes“ theme, depicting the development of migrants to Hull and the patchwork of peoples with their own unique spirit, character and distinctly international flavour, showing new partnerships and collaborations as communities unite in a grass roots celebration of arts and culture as a model for multiculturalism in any city of the world.

In preparing for four pictures to be exhibited at the RPS photobook opening at the Espacio Gallery, Neil Wittman also considered printing, framing and transportation issues. He had seen large aluminium prints and found a specialist printer online (White Wall) and uploaded three .jpg files for printing, two 3” square and a small landscape format picture. Neil chose three different finishes; brushed aluminium direct onto the medium, a matte finish -bonded print with protective coating and a glossy finish on ‘metal’. He ultimately decided to have his four works produced on aluminium di-bond matte finish to about 40cm square, roughly the size of Neil’s usual framed prints. The aluminium prints come with their own wall mounts that give a ‘float’ off the wall look for exhibition. This simplicity makes for a lightweight durable picture with a contemporary look. 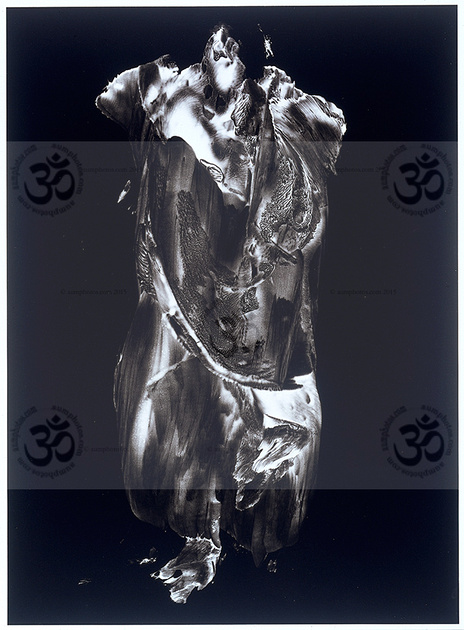 " Paracelsus " by Frederick Sommer - courtesu of V& A museum, London 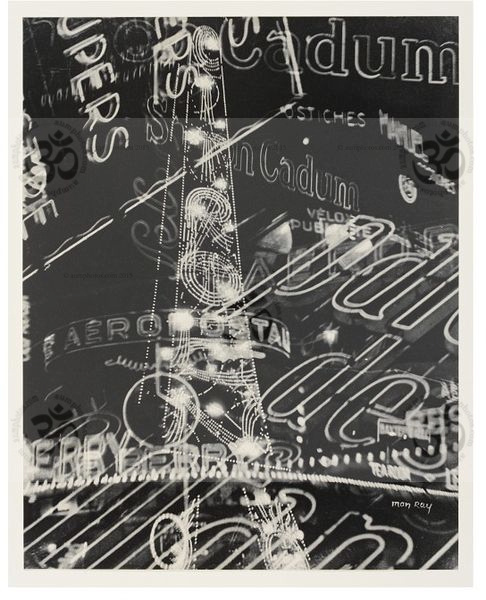 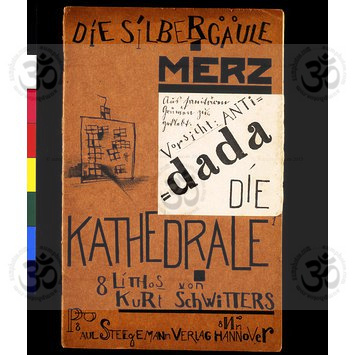 courtesy of  V& A Museum, London

The collage images Neil presented also had spiritual themes; they showed the same hooded figure in a dystopian often derelict environment in each composite image. . The first is Transcendental meditation, the second seeking direction, and the third, The Traveller. Again, this work is reminiscent of Frederick Sommer’s work, discussed above or the later collages of the surrealist and dada artists Man Ray (1890-1976) and Kurt Schwitters (1887 – 1948) - see for example his " Das Unbild" at the Staatsgalerie Stuttgart; Schwitters coined the concept ‘ Merz ‘ as ‘the combination, for artistic purposes of all conceivable materials’ http://www.moma.org/collection/artists/5293

The meeting ended with a discussion on producing a joint RPS North East contemporary photobook. Various themes were proposed and six potential contributors volunteered. This project is to be pursued at subsequent meetings.