Zen and the Art of Photography I 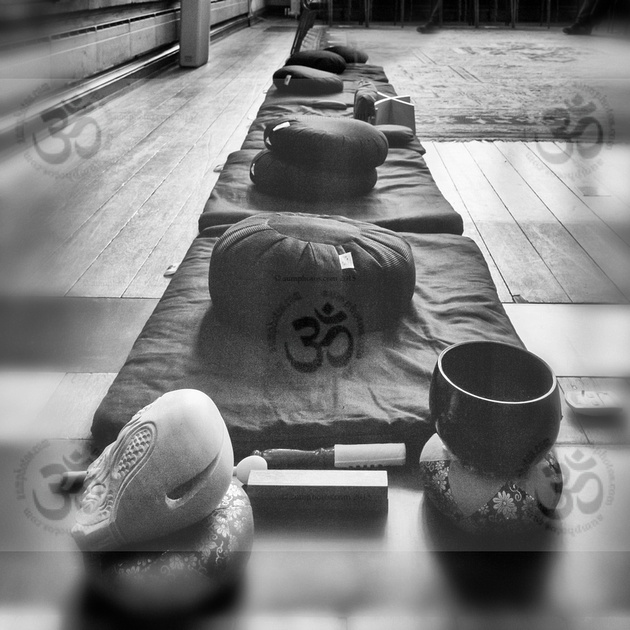 The Four Great Vows of Boddhisattva

Thirteen members of the Royal Photographic Society (RPS) North East Contemporary Group, including the RPS Yorkshire regional organiser Mary Crowther ARPS, met at the Royal Oak pub in York on 16th January 2015. Participants had travelled from as far afield as Derbyshire and Middlesborough.

Nigel Tooby FRPS started the meeting by discussing the history and semantics of contemporary photography. The group had started in 1992 ; the approach was to capture “about” rather than “of” and in general bodies of work, often accompanied by text were employed rather than single images.

Nigel showed his photobook of family and close associates. Images included a child on a potty at a society wedding. Old photographs were printed on architectural tracing paper. A group photograph at the wedding had the groom’s image cut out reflecting subsequent divorce. His comments brought to mind Alfred Stieglitz who said that the photograph was the equivalent of what he saw and what he felt.

Patricia  Ruddle ARPS ( far right of photograph), who organised the meeting, spoke about the “Box round“ whereby members contributed photographs to the box, which was sent between members who were invited to write comments and add a new photograph. She also announced that Christine Pinnington, editor of the RPS Contemporary Group magazine was looking for volunteers for a joint photobook.

Regina Wilkinson showed her photobook of her aunt Masha’s country home in Belarus. Regina explained that she had been born in the (communist) USSR and had moved to England in 1999. The images portrayed happiness, loneliness and dependence via a bucolic idyll in a semi abandoned village ( Mir) contrasting with an oppressive lonely city life in Minsk under an apparently overbearing Soviet state regime. The theme is reminiscent of three photographers, two Lithuanian and one Ukrainian  respectively. Firstly, Indrė Šerpytytė-Robert’s dark work on Lithuania under the Soviet regime recently exhibited at the Tate Modern and Museum of Modern Art, New York. Secondly Rimaldas Viksraitis, whose work has  recurring  stark monochrome motifs of chickens, vodka, breasts, dirt, animal carcasses and inebriated, often semi-naked, pensioners. His work was described by Martin Parr as “slightly insane and wonderfully surreal”; Parr nominated Viksraitis for the Discovery award at the Arles Photography festival, which Viksraitis went on to win. Finally, Boris Mikhailov’s work spanning 40 years, with motifs of modesty and morality, often with hand coloured black and white photographs. Mikhailov’s work was previously exhibited at New York's  Museum of Modern Art and now at the Saatchi Gallery, London shows a bleak post-Soviet netherworld of alcoholism and madness but are altogether harsher and more detached. Interestingly in his collection Case History , Mikhailov unashamedly defends paying his subjects and working with them to stage poses inspired by religious and historical paintings. He says : " Documentary cannot be truth. Documentary pictures are one-sided, only one part of the conversation " .  In this collection of 400 photographs, published as a book in 1999, Mikhailov has explored the position of the individual within the mechanisms of public ideology, touching on such subjects as Ukraine under Soviet rule, the living conditions in post-communist Eastern Europe, and the fallen ideals of the Soviet Union. Although deeply rooted in a historical context, his work incorporates profoundly engaging and personal narratives of humor, lust, vulnerability, aging, and death. Importantly, when interviewed about what triggered him into starting Case History,  Mikhailov said :   " What is truth or not truth? My feelings about this series have changed over time, so this is how I understand it now. I am from the Ukraine, but had been living in Berlin for a year on a stipend. After being away, I came back to my home town of Kharkov and it was very different from when I left. What was different? There were lots of color advertisements and other signs of the new capitalism, but when you looked more closely you could see a new society of people—the homeless ". Mikhailov then went on to say " With Case History, I wanted to find a metaphoric image of life. "

Graham Evans showed photographs on computer screens of memorials to those killed in the Great war. This included Remembrance day wreaths laid at the memorial in York, tombstones with Chinese characters commemorating indentured labourers in France. He contrasted the unclipped grass of the German cemeteries with the manicured lawns of the American cemetery outside Cambridge. His image of the memorial to a young boy shot at dawn reminded participants that there was an exhibition called “ Shot at Dawn “by Chloe Matthews

On seeing the first category ( The dark part of the picture ), Nigel Tooby alluded to the cover of Led Zepplin’s 1976 album ‘ Presence ‘. The image, created by Hipgnosis shows various images of a family interacting with a black obelisk shaped object. The explanation for these images by the designer was  'When I think of the group, I always think of power and force. There's a definite presence there.'

Martin’s image of the silhouette echoed Ansel Adams’ notable  photograph of a tree silhouetted at sunrise. Adams used the term extract rather than abstract for the technique. Such work brought to mind the Tibetan word Miksang – meaning hidden eye. The concept is to uncover the hidden meaning i.e to perceive directly without the burden of habitual likes and dislikes which cloud clear perception and thereby uncover what is already there. An American exponent of this photographic form was the late John Daido Loori, author of ‘Making love with light ‘ (2000) and "' The Zen of Creativity  : cultivating your artistic life (2007) ' who  became a Zen master. Traditional Japanese artists e.g. Josetsu and Hasegawa Tohaku inspired Monet, who collected that genre of work. Minimalist Photography as espoused by Michael Kenna and John Daido Loorie looks to remove superfluity and distraction.

As Junichiro Tanizaki said “Find beauty not only in the thing itself but also in the pattern of the shadows, the light and dark, which that thing provides”……………..

When Bodhisattva Avalokitesvara practised the deep Prajnaparamita, he saw that the five skandhas were empty; thus he overcame all ills and suffering.

O Sariputra, the characteristics of the void is not created, not annihilated, not impure, not pure, not increasing, not decreasing.

Thus, in the void there are no forms and no feelings, conceptions, impulses and no consciousness: there is no eye, ear, nose, tongue, body or mind; there is no form, sound, smell, taste, touch or idea; no eye elements, until we come to no elements of consciousness; no ignorance and also no ending of ignorance, until we come to no old age and death; and no ending of old age and death.

All Buddhas in the past, present and future have attained Supreme Enlightenment by relying on the Prajnaparamita, the supreme magic Mantra, the great Mantra of illumination, which can truly wipe out all suffering without fail."

The RPS meeting concluded with Patricia showing back issues of the RPS Contemporary Group journal “ Contemporary Photography “, which she edits.

An amended version of this article will appear in the 2016 RPS e-newsletter " Concept" © ॐ www.aumphotos.com 2016